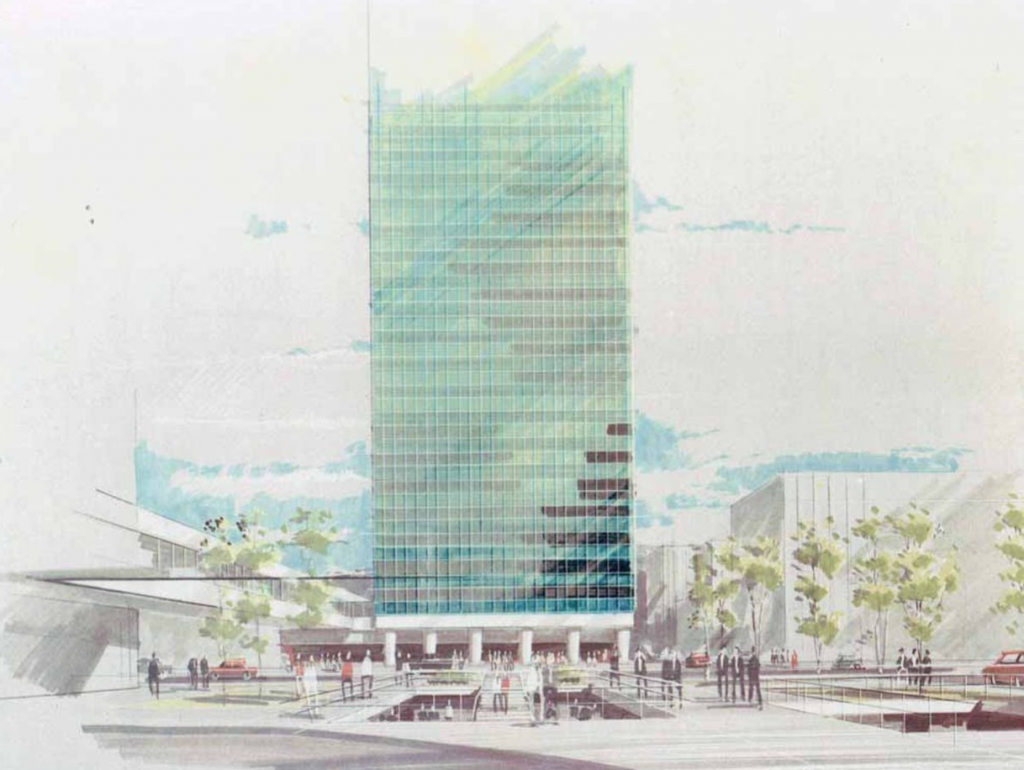 Ed Baker’s drawings and models of past projects give us a glimpse of what might have been. 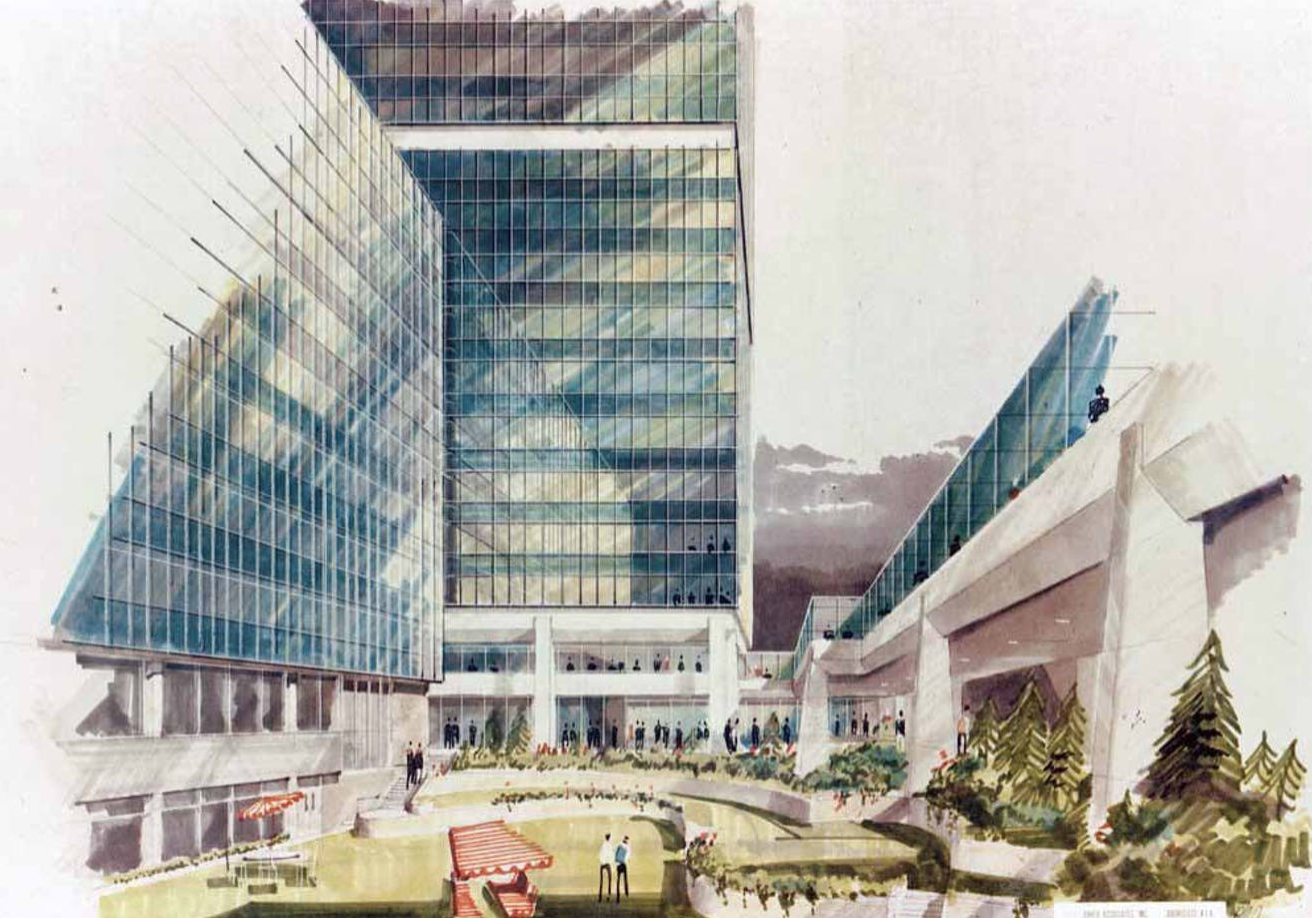 Ed Baker: You might not know the name, but you’ve probably walked through one of his buildings.

According to a 1990 profile in the Star Tribune, “few people had done so much to shape downtown Minneapolis” as the architect and developer. Alongside Philip Johnson and John Burgee, he helped design the IDS Center, the skyscraper that made the Mill City feel as if it had arrived. He’s also credited with drawing the blueprints for the first skyways. 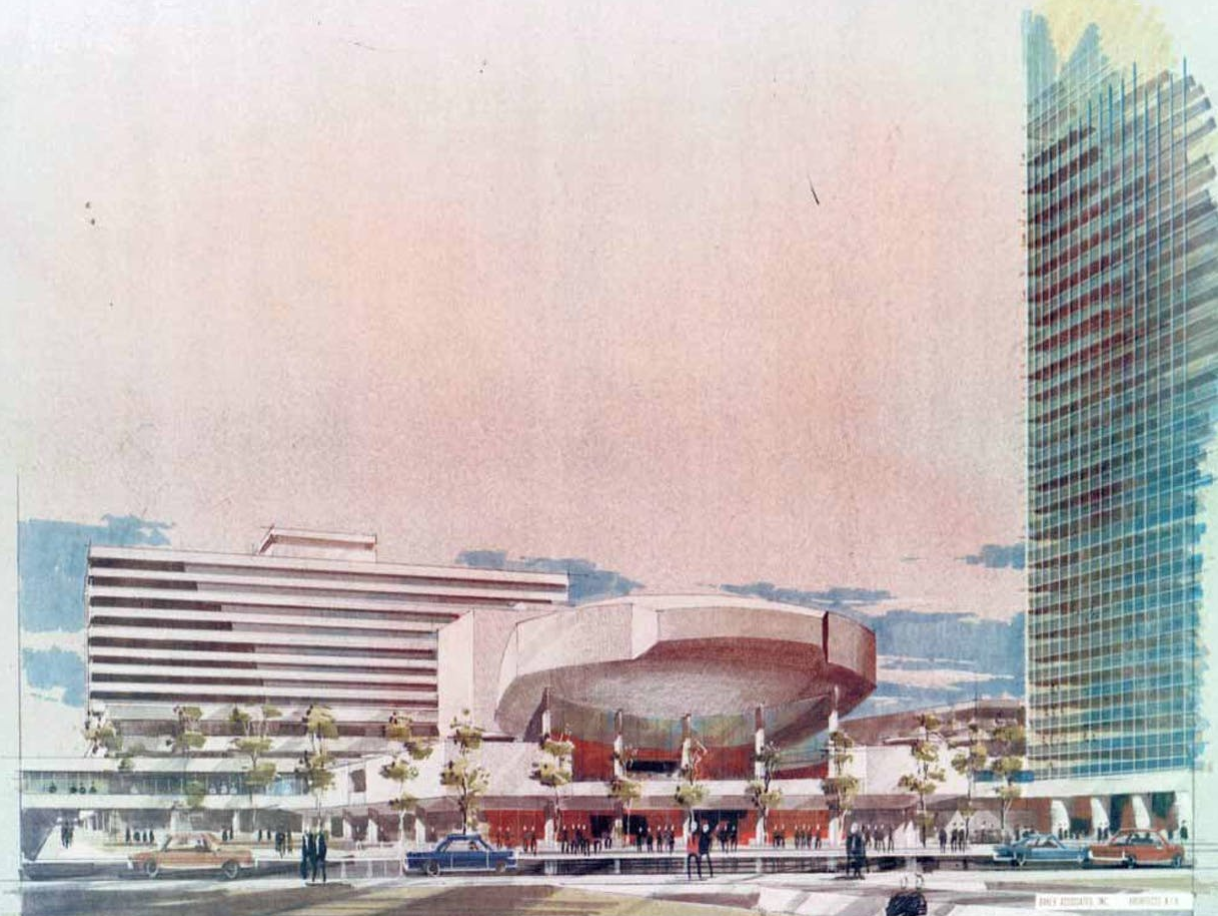 Those blueprints turned up in the Baker Associates’ archives when ownership passed from Baker’s son, John Baker, to Kristy Dahlvang, the new CEO.

In its quarters in the renovated Andrus building (520 Nicollet Mall) the new firm continues the legacy of innovative commercial architecture, surrounded by drawings and models of past projects — both built and unbuilt.

There wasn’t an essential Baker style.

“Their motto was to be a full-service firm that did a lot of things, but was quiet, behind the scenes,” said Jeremy Woitaszewski, president of Baker Associates. “The architecture came from the needs of the client.”

But there was a grand scheme behind it all: Baker’s passion for the skyways.

“He had a vision for the city, the connectivity back to the IDS,” said Woitaszewski. “He was trying to create a connection between the buildings in an idealistic view of an indoor city. He also felt passionate about the fact that the skyways should look different. Instead of a monolithic look across the city, the firm did some intense studying to see what the intersection looked like, how the skyway should play off the architecture.”

Bottom line, though, it had to make sense, and it had to work.

“A practical visionary would be a good description,” Woitaszewski said.

The legacy of the firm can be found in buildings that served as ambassadors to the modern style in the suburbs: bank branches for the First Federal bank. The Baker firm did the beloved Lincoln Del on the strip, as well as the Northland Center in Bloomington.

But the firm’s archives also reveal a tantalizing record of what wasn’t built.

Consider Project 12. Because the name appears on drawings for two distinct developments, it could have been an in-house code for large-scale urban renewal proposals.

The two versions of Project 12 are quite different.

One has a 1970s flair: a Brutalist concert hall across from the Hennepin County Government Center. It features a rather ordinary, mid-rise white building, stretching the entire block. The showstopper, however, was a tower of indeterminate height that would have been a marriage between the International Style of the Canadian Pacific Plaza (previously the First National Bank) and the long-lamented Lutheran Brotherhood building. The tower was intended for the site now occupied by the Ameriprise Financial Center (707 2nd Av. S.), and would have made for a handsome suite of buildings.

The second Project 12 is either an entry in a competition to design what became City Center (33 S. 6th St.), or a speculative idea that preceded City Center. There are two versions, but both have the same idea: two windowless blocky department stores on either side of Nicollet between 6th and 7th streets. Each store had a tower — residential/hotel on the north side, offices on the south.

The designs are true to their era, inward-facing bunkers that sought to replicate the suburban shopping mall paradigm downtown. Both, you may conclude, would be as moribund as the structures that were built.

The Baker archive also includes a proposal that looks a lot like US Bank Plaza (200 S. 6th St., once known as the Pillsbury Center). The design was more dynamic than the building that was built.

But perhaps the most startling discovery was early drafts of the IDS Center.

Instead of the blue faceted slab we know and love, one proposal was for a white box that would have dominated the skyline. Another rendering shows the building clad in brown glass.

The skyline would have looked different if some of Baker’s proposed buildings had been constructed, of course. But we can be glad that the IDS turned out the way it did: evoking sky-blue-water rather than autumnal hues.