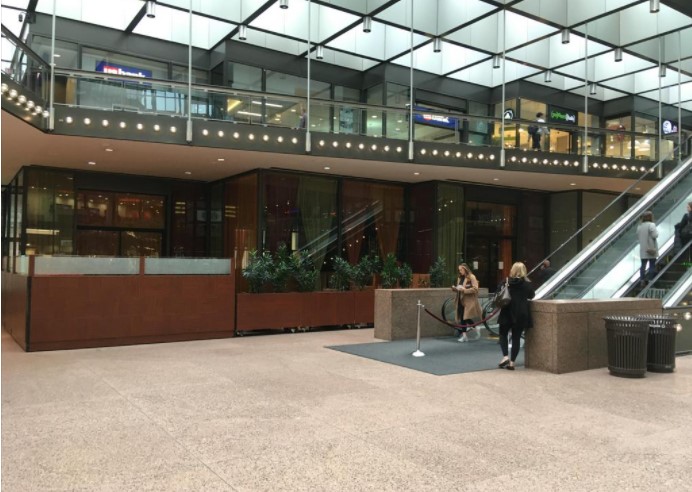 The restaurant space at IDS Center in downtown Minneapolis, vacant for more than a year, will be filled later this year by a new arrival focused on California cuisine.

The Star Tribune reports on the plans for Noa, which will take the street-level space once occupied by Mission American Kitchen.

Mission had been a go-to spot for business lunches for 17 years before it closed in March 2020, just weeks before much of downtown emptied out as a result of the Covid-19 pandemic.

Its replacement is a concept from Infuse Hospitality, a Chicago-based management and consulting company that specializes in developing restaurant and entertainment concepts for hotels and commercial buildings. Infuse’s portfolio includes 60 restaurants in 26 states and Canada; its sole Twin Cities operation, not including Noa, is Fairgrounds Coffee in the North Loop.

Infuse CEO Michael Schultz said Noa will feature California-influenced cooking, with a menu that includes tacos, sandwiches and salads. A chef hasn’t been named yet.

Chicago-based Barker Nestor will handle architecture and design for the restaurant, which will seat 240 and keep Mission’s private dining rooms and its patio in IDS’s Crystal Court.