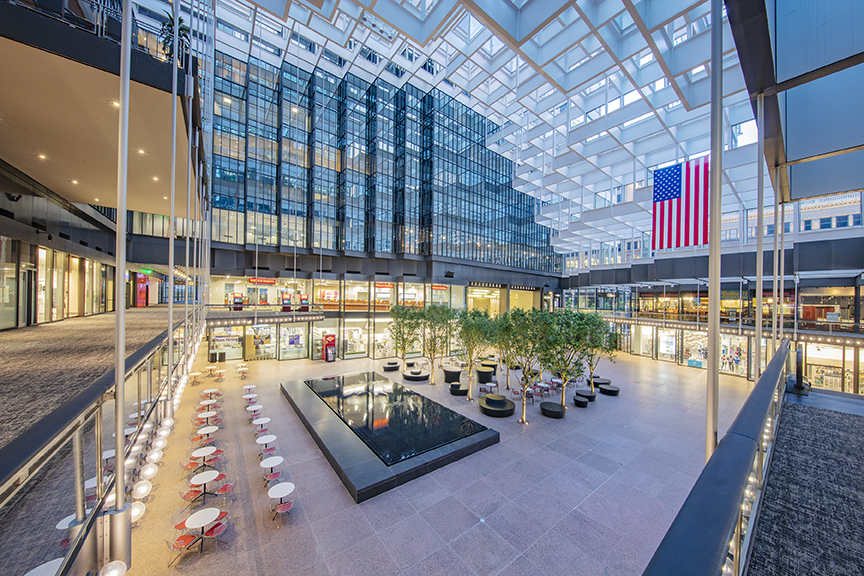 Downtown Minneapolis is trying to make a comeback.

Thursday marked the grand reopening of Crystal Court at the IDS Center, one of the city’s central gathering spaces. But as the city welcomes back more people, some businesses say there’s a long way to go before things are normal again.

“This year has kind of been more of a struggle than last year for us,” said Claude Washington, owner of Sizzling Wagon Food Truck.

Washington says they’ve been open through the pandemic but, unfortunately, the crowds just aren’t what they used to be near the Wells Fargo Center.

“It used to be probably double [the amount of people],” Washington said.

“We’re on the upswing,” Steve Cramer, president and CEO of the Minneapolis Downtown Council, said.

“It’s just so gratifying to be here to celebrate this wonderful new version of this iconic feature of our most iconic office building,” Cramer added.

On Thursday, Cramer helped with the grand reopening of Crystal Court at the IDS Center.

“It’s a great sign of confidence in downtown, which comes at a time when those signs of confidence are more important than ever,” Cramer said.

The Minneapolis Downtown Council has been tracking the return to normal. For example, the latest data shows there are just less than 50% of restaurants open in the city compared to pre-pandemic times, and building occupancy is just over 30%.

“It’s a lot better than what it used to be last year,” said Joe Tamburino, board member of the Downtown Minneapolis Neighborhood Association.

“No. 1, we keep safety as a top priority, No. 2, more businesses open, and No. 3, as soon as that happens, entertainment will start opening,” Tamburino said.

“I love working in Minneapolis, I really do,” Washington said.

Washington loves his regulars, who are keeping him in business. But he hopes as more people return to the office, that only leads to a busier lunch hour.

“This is home to us, and we’re going to continue to keep coming down here no matter what,” Washington said.

According to Cramer, office occupancy has doubled in recent weeks. He expects another spike around Labor Day and toward the end of the year.