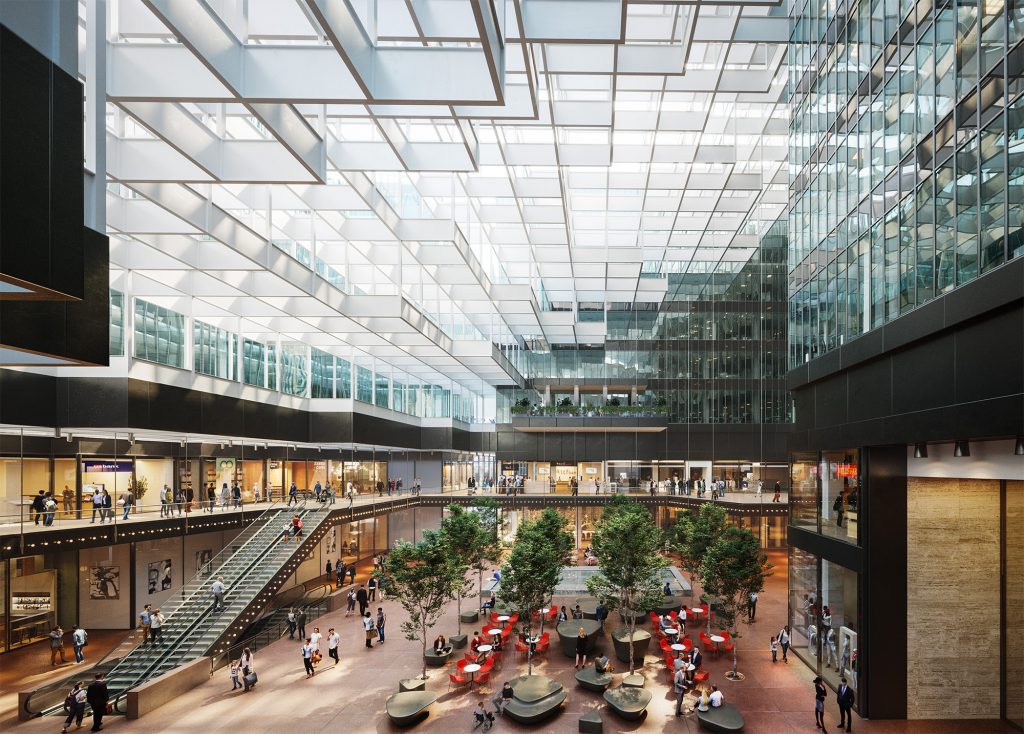 The real estate team managing the skyscraper has unveiled plans for a $5 million renovation to Crystal Court.

It’s hard to keep track of the status of downtown Minneapolis. One headline declares it dead. Another says it’s getting a breath of fresh air. Our own magazine has reported on downtown’s lack of vibrancy. Evidently, leaders with real estate manager Accesso still have high hopes for downtown.

On Wednesday, Accesso announced plans for a $5 million makeover of Crystal Court, the 8-story urban park at the base of the IDS Center. The court, which opened in 1972, hasn’t been updated in 20 years, said Deb Kolar, general manager at Accesso and the IDS Center.

Despite recent turbulence in downtown, Kolar says her team has remained committed to the renovations. In her view, they may help bring new life to downtown Minneapolis.

“Why wouldn’t we do the project now to prove to people that the IDS Center is still the gathering place, the center of town?” Kolar said. “We believe in it and we’re willing to invest in it.”

Accesso leaders began talking about renovating the space a little more than two years ago. They formally presented the plans to the Downtown Minneapolis Neighborhood Association on Tuesday, where it was met with “glowing and unanimous support,” said Peter Hendee Brown, an urban development consultant.

The project, which primarily focuses on cosmetic improvements, won’t require any planning permits from the city of Minneapolis, Brown noted. But project managers have shared the plans to the city’s Community Planning and Economic Development Department.

As part of the renovation project, the court’s well-known waterfall structure will be replaced with a new “infinity edge water feature,” planners said. Planners will also replace existing benches with new seating and plant some taller trees in the atrium. The old benches will be donated.

Construction is slated to wrap up in July 2021. By then, Kolar hopes we’ll be in a “much better place” with Covid-19.

Perkins and Will, which is a tenant in the IDS Center, is helping out with the design of the renewed space.

“Accesso, Deb and her team have done a tremendous job of engaging the entire tenant base of the building,” said Tony Layne, managing director with Perkins and Will. “There’s been a lot of conversation about what goes on in the court, what works really well, what needs to be adjusted, what we’d like to see. It was fun to be on both sides of that, as a tenant and a designer.”

Postmodern architect Philip Johnson designed the IDS Center in 1972. In Brown’s view, the upgrades are a modern nod to Johnson’s original work.

“Philip Johnson did a lot of things right back in 1972,” Brown said. “Perkins and Will did a job of taking the key ingredients from Johnson’s first ideas … and improving on them without losing any of the great things he did in the first place.”