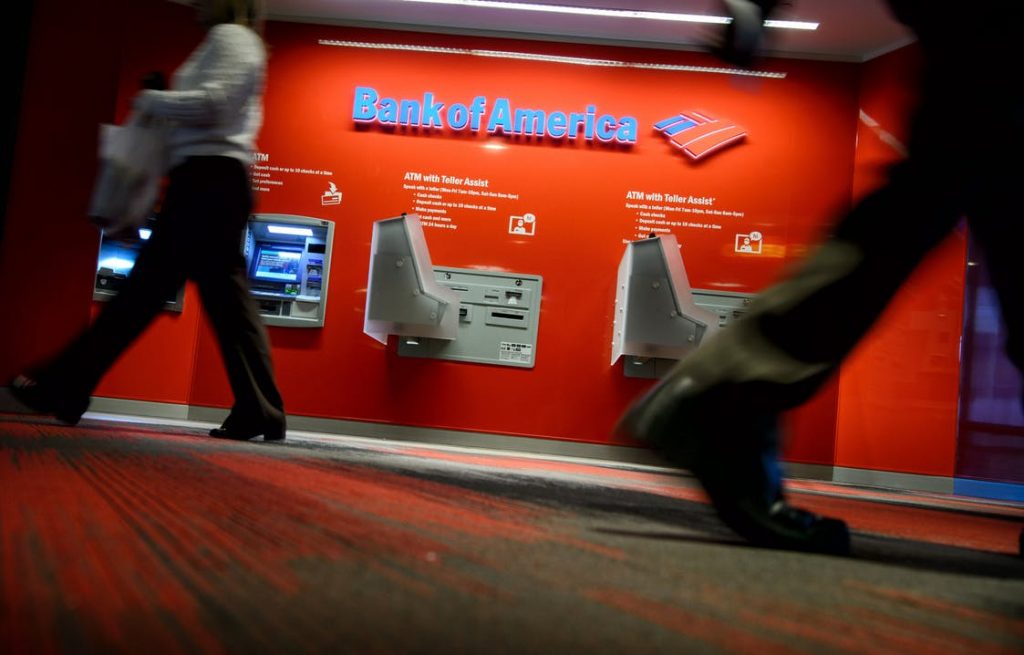 Now with a branch in downtown Minneapolis, the industry giant steps up its presence in area dominated by Wells Fargo and U.S. Bank.

Bank of America is making a run at building a business in the heart of Wells Fargo and U.S. Bank country.

The nation’s second-largest bank just opened a new branch in the IDS Center in downtown Minneapolis, is beefing up its Minnesota business lending presence and will add a dozen ATMs and three new branches in the metro area.

“In some ways, we’re growing before it’s happened because we think it’s that important of a market,” said Larry Kloth, the bank’s market president for Minneapolis and St. Paul.

But the Twin Cities area is full of transplants from other parts of the country, Kloth said, and is home to 300,000 Bank of America customers. “We have to serve our clients,” Kloth said.

Because the bank is so large and because of a federal prohibition against acquisitions by banks that hold more than 10 percent of deposits in the nation, Bank of America must grow organically. Kloth believes it can do so in the Twin Cities by offering excellent service and technology.

The new branch at skyway level in the IDS Center is the first of its kind in the nation, Kloth said. It has teller-assisted ATMs where customers can quickly have a video conference with a human teller, and use the ATM even if they don’t have their card with them. The branch has a “learning center” stocked with iPads where customers can learn how to use mobile banking, and several rooms where clients can make appointments to meet with mortgage lenders, Merrill Lynch investment advisers or small-business lenders. The two traditional teller desks are tucked in the back.

By the end of the year, Charlotte, N.C.-based Bank of America will have about a dozen business lenders and midmarket lenders in Minnesota who can make loans to companies with anywhere from $5 million to $2 billion in revenue. “We won’t have to fly someone in,” Kloth said.

The bank already has branches in Wayzata and Uptown, in addition to downtown Minneapolis. Through 2017, it will open in Woodbury and Apple Valley, then Edina.

Kloth hopes the bank’s ability to cross-sell its business and wealth-management customers will help it build a bigger base.

A 34-year veteran of Merrill Lynch and now Bank of America, which acquired Merrill in the 2008 financial crisis, Kloth came to Minneapolis-St. Paul from Grand Rapids, Mich., in 2014. Along with Denver, the Twin Cities has been a target for Bank of America as the dust settles from the recession and the bank looks to grow.

Kloth said there is much to be thankful for in this market — growth, low unemployment and a strong philanthropic community.

“You still see cranes going up, right? You don’t see that everywhere,” Kloth said. “Why are we looking to grow here? Because it’s growing.”